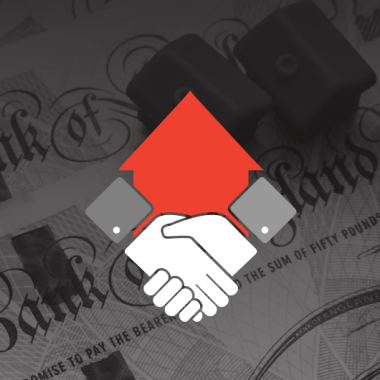 The notion of entering into a property project with a partner may seem like the ideal way to combine individual skills or balance a funding deficit.  Yet many of the realities and potential pitfalls are frequently understated.  Further to her end of year commentary, experienced investor, developer and mortgage broker founder Lisa Orme of Keys Mortgages kindly took the time out to answer some headline questions for us.

We explore how investors and developers these days cannot expect to seek debt funding without inputting capital themselves.  Lisa then runs through the importance of having a track record, crowdfunding’s impact on seeking debt finance, the meaning of ‘gaining a pecuniary advantage by deception’, due diligence.  Further down, some eye-opening case studies are also highlighted…

What does ‘skin in the game’ mean in the context taking on debt to fund projects?

This varies by the lender, deal structure etc. – but for a purchase, lenders will expect all of the deposit funds to have originated from the borrowers. If you talk about refinancing soon after refurbishment or conversion, then a good measure is to leave in 10% of your money. So if you purchased a property for £300,000 and spent £100,000 on it, expect to leave in around £40,000 of your own money at the very least.

How much does having a solid track record play in securing debt finance these days?

It’s very important for anything outside of vanilla buy-to-let. Lenders do prefer to see experience in the sector you’re investing in. With Houses of Multiple Occupation (HMOs), for example, lenders typically want to see at least one year’s experience in buy-to-let (some as many as three).  Move into commercial and lenders want to see a decent portfolio held for a few years if you can’t evidence specific experience.

It’s not impossible to get funding without experience, but expect those lenders to charge for the privilege.

It also doesn’t mean you always need experience in the same sector, though it’s preferable.  A good-sized residential portfolio held for a few years would lead you to be fine for commercial property lending with most lenders.

You’ll be aware of equity crowdfunding’s growth in recent years, how do debt lenders generally perceive investors using funds sourced in this way?  If ‘skin in the game’ is required, how would that be determined?

For very large developments it’s accepted that different levels of funding may be required but this really is the reserve of the big developer and, even then, there will typically be a large element of self-funding or significant assets behind them.  For most investors using secondary sources for deposits and top up funds would not be acceptable.

What does ‘gaining a pecuniary advantage by deception’ mean, and why are lenders being particularly vigilant to how joint-ventures are structured these days?

Effectively this means that you have gained a financial advantage by deceiving the lender in some way. This could be something obvious such as lying about income, submitting dodgy accounts, etc. – but can also seemingly be less obvious such as implying you intend to live in a property when you are in fact going to let it out or, conversely, saying you will be letting out a property when you intend to live in it.  Other examples would include saying that the money will be used for one purpose such as home improvements when it will, in fact, be used for something else such as paying a tax bill or using a property as an HMO on a single let mortgage etc.

The fact is that this is fraud by another name and there is the potential for recovery under the Proceeds of Crime Act and even a prison sentence of between 5 and 15 years.

One of the biggest myths I hear in property and mortgages is ‘that lenders don’t care as long as the mortgage is paid’. This couldn’t be further from the truth. As above, not only is this treated as deception/fraud but the impacts are far more wider reaching than people realise.

For example, banks and building societies who take deposits make assurances to their customers as to where these funds will be invested. If they breach this, lenders could lose their banking licences from the regulators. Other banks use funding lines from external sources such as investment funds and, again, there are conditions to these funding lines such as that funds should not be used for residential property, commercial property, HMOs or multi-units. If it is, they could lose their funding lines and imagine the implications of that for a lender? Imagine too the implications for us as borrowers and the wider lending community?

Lenders are vigilant of joint ventures as they need to see that the borrower is not only the person responsible for the asset they are lending on but also that it is their money they stand to lose if things go pear-shaped.  If you have nothing invested in a deal, you’re more likely to run away at the first sign of trouble and lenders obviously don’t want to lend in this scenario. Also, if the JV partner isn’t on the loan the lender has no clue who is invested in the deal; there could well be reasons that the investor isn’t on the loan such as they are not mortgageable, have a criminal record, bad debts, etc.  Again, this would be unacceptable to a lender.

What are the key due diligence steps that both sides of any joint venture agreement should take before moving forward?*

Firstly, I would not advise anyone go into a JV with someone they are not already very familiar with; family, existing business relationship, etc. I am astonished that people will enter into a 25 year ‘financial marriage’ with someone they have just met on social media or on a course!

Each party should be willing to share their credit files and all bank accounts with each other. Not only at the beginning but also on a regular basis so that any issues can be caught early on. Remember if one party gets into financial difficulty the other party will be impacted by this. Unfortunately, I have seen this happen all too often.

What have been some of the common issues you’ve noticed in recent years when investors enter into joint ventures? (Would be great to hear some specific case studies here)

The most common things we have seen are due to the 3 D’s: death, divorce and debt!

In one case. one of the partners went to use the mutual bank account card to pay for some items at B&Q and the card was declined. They went to the bank and were told the account had been suspended and to speak to the business partner. It was then they discovered the business partner had declared bankruptcy without their knowledge!

In another case, two family members had joint ventures and one got divorced. The entire portfolio had to be unravelled as a result – with all parties losing significant sums of money.

In another example, two individuals had been investing together for many years. They had latterly identified the difficulties should one of them die and how the portfolio would be allocated to the other’s estate in order to ensure their beneficiaries inherited their portion – not to mention enormous sums in inheritance tax. They also realised that their wives had no interest in owning or managing the portfolio should the worse happen and certainly didn’t wish to partner with the other investor.

They investigated life insurance and unfortunately, due to having left this till quite late in their lives and the enormous sums involved, they were looking at monthly payments of several thousand pounds each which was prohibitive. As a result, they had to start to sell some of their portfolio to redeem mortgages now rather than upon death which was obviously not part of their plans and proved expensive with respect to capital gains tax.

The most common reason we see is simply falling out! JVs rarely put agreements in writing. It’s all great when you’re getting on but fall out and memories get clouded.  Then the lawyers start making money!

What kind of insurance policies should parties to a joint-venture take out to protect their individual interests?

Life insurance is the primary one to consider. As above unravelling a portfolio to pay taxes or give the requisite sums to your partner’s beneficiaries can prove extremely messy. However, life insurance can be very expensive for large sums of money.  The later you leave it, the more expensive it gets. In addition, if someone has life insurance for their own home and family they may find it difficult to get another significant sum of insurance.

Lisa Orme is an experienced property developer, investor and mortgage adviser and specialises in financial services for new and established property investors.

If you’d like to discuss your property investment strategy or indeed any mortgage or financial requirements you can contact Lisa at enquiries@keys-mortgages.com or call 02476 455445.

Your home may be repossessed if you do not keep up repayments on a mortgage or other loan secured on it. Think carefully before securing other debts against your home. Not all forms of bridging finance, secured loans, buy to let and commercial mortgages are regulated by the Financial Conduct Authority. The information contained within this article is subject to the UK regulatory regime and is therefore primarily targeted at consumers based in the UK.