The Best Student Cities for Property Investors During and After Brexit 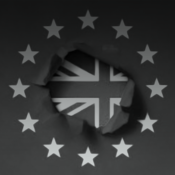 Are you looking to invest in purpose-built student accommodation? It can be an extremely lucrative venture as long as you choose the right property in a prime location. This will ensure that you generate a significant amount of interest from students, while also benefiting from high rental yields, generous rental returns, as well as the potential for capital appreciation. Take a look these top destinations, where you could find the most lucrative student real estate on the buy-to-let market. Durham The city of Durham is home to one of the most prestigious universities in the UK and is currently ranked 5th in the University league tables. Attending this academic institution is a dream for many young hopefuls and is the main reason why the area is exceptionally lucrative. Investors can also achieve their goals by investing in purpose-built student accommodation... END_OF_DOCUMENT_TOKEN_TO_BE_REPLACED 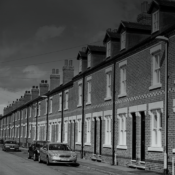 When used correctly, Limited Liability Partnerships “LLP’s” can be an excellent structure for landlords, not just for tax planning but also for the evolution of rental property businesses generally. For example, many landlords wish to eventually leave a legacy to the next generation. They also wish to consider succession planning, which is something all business owners should do. Do you want to be tied to your business until the day you die or would you like to think you can take more of a back seat when you reach retirement age? One of the key advantages of LLP’s is HMRC accept that it is perfectly legitimate for taxable profits to be allocated disproportionately to ownership between individual Members (not Corporate Members’ though). Landlords LLP Case Study Let’s say that Mr X has a property rental business in his own name... END_OF_DOCUMENT_TOKEN_TO_BE_REPLACED 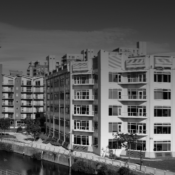 There’s no doubt that Brexit has caused uncertainty across the UK property market. While some investors are happy to continue investing based on successful past performance, some have taken a more ‘wait-and-see’ approach. However, despite the warnings, the UK economy and the property market have continued to hit new heights. The national GDP grew by 1.8% in 2017 and regional property prices around the country have continued to flourish – Birmingham, for example, has risen by 16% since 2016 and is forecasting further growth by 2022. New-build property is becoming increasingly popular for investors compared to traditional existing stock, demonstrated by 75% of respondents to a recent survey, by FJP Investment, praising the modern features associated with new-builds. In the same way that new-build properties have always been a popular asset type, the UK market has historically been a popular... END_OF_DOCUMENT_TOKEN_TO_BE_REPLACED 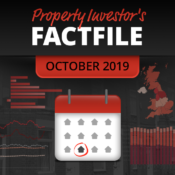 - According to the latest UK House Price Index, average house prices saw an annual price rise of 0.7% (to July 2019); - The latest Hometrack UK Cities House Price Index reported that Leicester saw the greatest year-on-year house price growth at 4.8%.  This was followed by Liverpool (4.6%), Manchester (4.5%), Cardiff (4.1%), Edinburgh (4.0%) and Birmingham (3.8%); - The most recent Royal Institute of Chartered Surveyors (RICS) report stated that near term sales expectations slip deeper into negative territory; new instructions and buyer enquiries broadly flat and the demand for lettings continues to rise against a backdrop of falling supply. END_OF_DOCUMENT_TOKEN_TO_BE_REPLACED 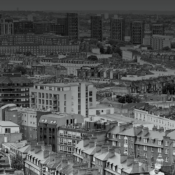 There are many investment opportunities that you can consider getting involved with today, and one of which is real estate. Many people still have their apprehensions in real estate investing, since many would think that it requires a lot of technical knowledge. Aside from that, people also are thinking about the costs of getting started with it, as well as the risks involved. Although all of the things mentioned are true, many people are still interested in investing in real estate. This is because there are a lot of benefits in real estate investing, and if you are able to become more familiar with them, then you may also find yourself joining the real estate bandwagon soon. To get more familiar with the benefits of investing in real estate, some of them are found below. 1. One of the more... END_OF_DOCUMENT_TOKEN_TO_BE_REPLACED

What is Property Investment Management? 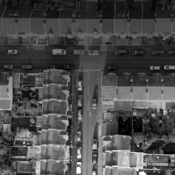 Property investment isn’t only about buying and selling properties. To turn a profit, you’ll rent out your properties to give you a steady rental income. Your properties should appreciate in value until you sell them. Renting out even one property can be difficult and time-consuming. So, growing your property portfolio will mean more work for you. Landlord Vision are experts in all things property management. Here, they give insight into the different methods of managing investment properties. Read on to find a property management system that helps you meet your investment goals. What is Property Investment Management? Property investment management is the process of managing money that has been invested in property, usually in order to earn high profits and capital growth. As a property investor, this means monitoring the performance of your assets and making decisions based on performance... END_OF_DOCUMENT_TOKEN_TO_BE_REPLACED