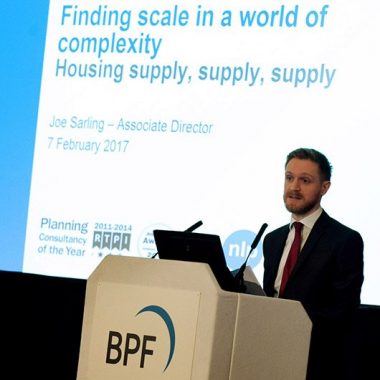 Coinciding with the release of the delayed “broken market” White Paper, the annual British Property Federation (BPF) Residential Conference sought to address a number of pertinent housing-related topics of the day. Principally chaired by Bill Hughes, Head of Real Assets at Legal & General Investment Management, the various presentations and panel discussions delved into a number of key issues ranging from planning to London´s affordable housing crisis and the supporting role of government at local and national levels. The latter part of the day focused heavily on build to rent (outlined in a separate blog post), a tenure that benefitted from further traction by means of consultation on changing the National Planning Policy Framework (NPPF) (recommending that local authorities plan proactively for these schemes and allow discounted market rent to complement other forms of affordable housing provision). On this latter subject, readers may be interest in reading The Property Investor Blog´s interview with BPF policy director and lobbyist Ian Fletcher.

Joe Sarling of Lichfields (voted planning consultancy of the year by the Royal Town Planning Institute) gave the first keynote of the day entitled “Finding Scale in a World of Complexity” in which the content of three relevant research pieces was outlined:

“Early Adopters and the Late Majority” – A Review of Local Plan Progress and Housing Requirements – published in April 2016 (and therefore subject to some statistical revision), this report sought to analyse the progress of implementing Local Plans within the National Planning Policy Framework (NPPF).  Some of the key takeaways are summarised below:

“Start to Finish” – How Quickly do Large-Scale Housing Sites Deliver?” – Published in November 2016, the report highlighted the role of large-scale housing developments in meeting the government´s target of 300,000 units per year.  Some of the noteworthy points of the report and presentation are outlined below: 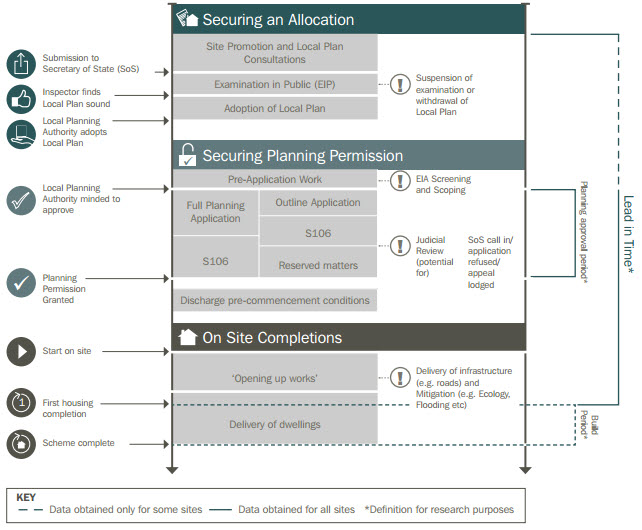 “Stock and Flow: Planning Permission and Housing Output” – this report (released in January 2017) primarily explored housebuilder and land promoter business models; the risks associated of bringing new homes forward through the planning system and whether accusations land banking are consistent with the development industry´s own commercial drivers.  The report also addresses the quantity of planning permissions required to secure the housing supply necessary to meet long term needs.

Barney Stringer, director at Quod summarised the main findings of a report compiled in collaboration with Shelter that explored strategic options directed towards London´s growth and confronting the affordability crisis defined by increasing numbers struggling with rent, families in cramped conditions and at risk of homelessness.  Produced in early 2016, most of the findings are relevant today – serving to shape the direction of London Plan (see Jules Pipe, London´s deputy mayor for planning presentation summary below).  The paper explores some of the main options which, whilst possessing their own advantages and limitations, could potentially be deployed in a mutually dependent manner:

These write ups and ongoing research are brought in line with the ongoing land finding and promotion work of PS Development Services.