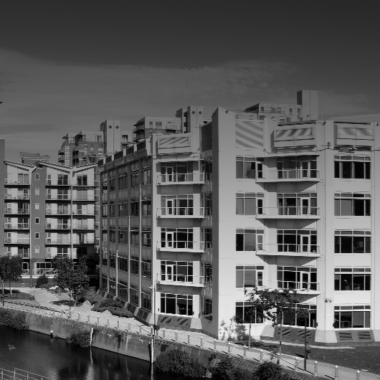 There’s no doubt that Brexit has caused uncertainty across the UK property market. While some investors are happy to continue investing based on successful past performance, some have taken a more ‘wait-and-see’ approach.

However, despite the warnings, the UK economy and the property market have continued to hit new heights. The national GDP grew by 1.8% in 2017 and regional property prices around the country have continued to flourish – Birmingham, for example, has risen by 16% since 2016 and is forecasting further growth by 2022.

New-build property is becoming increasingly popular for investors compared to traditional existing stock, demonstrated by 75% of respondents to a recent survey, by FJP Investment, praising the modern features associated with new-builds.

In the same way that new-build properties have always been a popular asset type, the UK market has historically been a popular investment region – boosted by the security and strength of tenant demand it can provide investors.

Yet as much as we can look at trends, forecasts and regeneration news, there’s no doubt Brexit will continue to dominate the UK property market headlines, especially as we head towards the ‘finalised’ date of October 31st. One of the common questions we keep hearing is: What effect will Brexit have on UK property and how will the UK market look in the ‘Brexit Era’?

The short answer is the UK remains a popular destination for property investment. According to ONS figures, the UK had an annual rise in total investment of 4% during Q4 2017, equating to around £84 billion.

Similarly, the average property price recorded in the UK during 2018 was £226,906 – a 3.9% increase on figures from the year before and up nearly 6.6% on 2016 figures. We’re still seeing positive growth in key regional areas despite a slowdown in national price growth, a large proportion of which can be weighted towards London’s declining prices.

We’re also seeing more positive growth in terms of demand. According to the SevenCapital Brexit Survey, 85% of property investors around the world are currently investing in the UK, despite ‘Brexit concerns’. When survey respondents were asked how strong they believe the UK market would be in 18 months, over half (55%) believed it would be ‘good to very strong’. This number rose to 64% when the same respondents were posed the same question but over the next five years.

These are generally encouraging statistics for the UK market during a period of uncertainty and generally negative speculation. Andy Foote, Director at SevenCapital, believes there’s more at play in the market.

“These figures demonstrate that people generally recognise that there are bigger factors to consider over Brexit when it comes to the overall trends in the UK property market. Realistically, it’s the fear and the perception of Brexit that will have any effect, rather than the physical act of leaving the EU.

“Ultimately, if the market were to take a dip after Brexit, seasoned investors will know that this would more likely be a catalyst for the inevitable swing back. The property market is a prime example of well-known cyclical patterns, growing through recovery and emerging stronger than previous peaks. In other words, if it takes a dip, as it did 10 years ago, it will recover and come back stronger.

The Future of the UK Market

Looking to the market post-Brexit there’s some encouraging forecasts to consider, particularly for investors. One of the headline stats is that by 2039 it’s expected that renters will outnumber homeowners, meaning unprecedented demand within the wider market for quality rental properties.

Quality is just one of the many reasons that new-build properties are so popular with property investors. Firstly, new-builds act as a blank canvas, delivering flexibility for the investor in terms of styling and furnishings.

New-builds also typically provide more ‘modern living’, offering the highest-specification appliances, contemporary room layouts and in some cases, smart home technology. Because of modern building regulations, new-builds will also typically be more energy-efficient, resulting in lower bills for tenants which can be a major selling point. According to research by Nielsen, 73% of millennials (they attribute the term to those born between 1977 and 1995) are more willing to pay extra for sustainable or energy-efficient products.

As Generation Rent continues to rise in the Brexit era, tenancies will become longer as working professionals, families and those priced out of the property market enjoy the flexibility that renting can provide. Energy-efficient new-builds tend to attract long-term renters as they offer a degree of quality and affordability that the modern tenant is looking for.

In terms of demand for the UK, regional cities and commuter towns will be prime targets in the post-Brexit era. Locations such as Birmingham and Slough are already struggling to meet demand and as chronic residential undersupply sweeps throughout the nation, investments in city-centres will become incredibly popular due to the amenities they have nearby.

While it’s difficult to predict the future of the market, one thing is certain. As Brexit deadline day draws near, demand for a secure investment is increasing, especially for something like property which tends to be more resilient against periods of economic change.

With over half of investors (53%) in the Market Financial Solutions (MFS) survey planning to invest in a traditional asset like property, it’s clear that bricks and mortar still holds its ground as one of the most popular, stable investments and can be incredibly rewarding provided its applied over a long-term strategy, even despite external political factors.