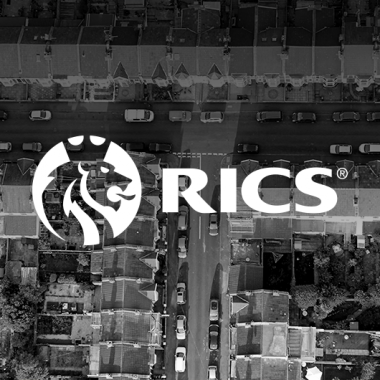 A big thanks to economist Tarrant Parsons from the Royal Institute of Chartered Surveyors (RICS) who kindly took the time to answer some of our questions below.

We explored sluggish market growth, regional trends, the impacts of the Brexit delay, advice for property investors, over-inflated estate agency valuations, interest rate rise risks and the future of the buy and build to let sectors…

Over the last year or so, the RICS monthly residential reports have consistently shown sluggish growth.  Apart from the obvious political uncertainty, are there any other reasons you would attribute to this somewhat subdued market?

Alongside political uncertainty, challenges around affordability have, in many parts of the country, also played a significant role in holding back housing market activity over the past year. Strong price growth over previous years has left measures of affordability more stretched than ever before, making the task of saving for a deposit more difficult.

Meanwhile, restrictions on higher loan to income multiple lending are now a greater factor than before. At the same time, the shortage of stock available on the market has presented potential buyers with very limited choice and also likely deterred activity.

Are there any generalised regional trends of interest that you’ve been observing?

The outlook appears most subdued in London and the South East (those areas with the greatest challenges around affordability) although the markets appear to be lacking momentum across most parts of the UK.

Northern Ireland and Scotland are slight exceptions where expectations for activity and prices over the next twelve month remain comfortably positive.

Given the Brexit delay, are we likely to see some kind of rally in the coming months?

There has been little evidence of market sentiment changing in the immediate aftermath of the latest Brexit delay. It remains to be seen if the brief respite in Brexit news will encourage some activity as people get tired of waiting, but future political developments remain just as uncertain as before, suggesting there’s limited likelihood of a rally in the near term.

Would you have any advice for property investors on how to navigate through Brexit winds?

Macro fundamentals for the market are actually in pretty good shape. The rate of unemployment is the lowest for over 40 years and interest rates remain very favourable for those that can access credit. Provided a no-deal outcome is avoided (which of course cannot be guaranteed), property is still likely to offer a solid return for investors over the longer term.

It would be interesting to hear your thoughts on estate agency valuations.  We’re seeing regular signs that agents continue to overvalue properties to win business.  These misguided prices only come to light once a property lingers on the market for months on end or as a result of a down valuation.  Do you feel that some kind of speculative control should be introduced into the marketplace?  If so, would be great to hear some ideas…

The valuation report carried out for the lender is normally carried out by an RICS Registered Valuer who has a duty to report independently and accurately the market value to the lender. All RICS valuers in the UK are regulated by RICS against international valuation and ethics
standards.

The market value is based on comparable market evidence, which is usually confirmation of a minimum of three sales transaction of similar types of properties in the local area, and also the professional’s knowledge of the local market including supply and demand
dynamics.

For this reason, it is quite possible that the lender’s valuation at market value does not match the asking price of a property set by a broker, seller or agent. Therefore, to reduce the risk of a property being marketed at inflated price, vendors should ensure the valuation is carried out
by an RICS registered valuer.

Should Mark Carney’s recent announcements of more frequent interest rate rises come to fruition, how do you feel this could affect the residential property market – particularly as these increases filter into the mortgage market?

Any further interest rates hikes will provide something of an added headwind when it comes to housing demand and we’ve seen in the past that buyer enquiries are sensitive to changes in monetary policy.

That said, even though the Bank of England’s rhetoric implies borrowing costs will likely rise to a somewhat greater extent than currently priced in by financial markets, in reality they may find that there is limited scope to push rates higher. As such, the impact on the market is unlikely to be dramatic.

With the third phase of Section 24 now in place, not to mention the effects of the Stamp Duty surcharge and other regulatory controls over the sector, it would be interesting to hear your thoughts on the future of the buy-to-let market…

Changes to the regulatory environment, alongside alterations to the tax regime, have no doubt placed downward pressure on buy-to-let investment returns relative to previous years. This has led to some landlords exiting the market, while, according to RICS survey data, landlord instructions have fallen in eleven consecutive quarters.

This is the longest stretch of uninterrupted decline since the RICS series was formed in 1999 and concurs with subdued buy-to-let mortgage lending seen over the same period.

However, despite the relative moderation in expected profitability, this does not mean buy-to-let investments no longer offer attractive return prospects in many cases. Furthermore, the current lack of supply is only going to bolster the rental growth outlook going forward.

In light of the exponential growth of build to rent, do you think there will always be a place for the small ‘mom and pop’ landlord in the UK rental sector?

The build to rent sector, despite growing quickly, still only accounts for a tiny proportion of the overall lettings market. The policy interventions brought in over the past few years will likely contribute to a continued shift in the overall structure of the market over the longer term, but smaller landlords will still play a large role in the sector for some time to come.