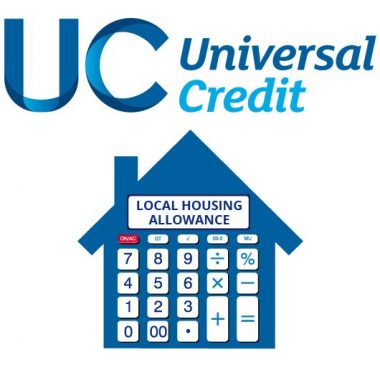 By the end of 2017, the roll-out is to be “accelerated” into a further 150 new areas [1].  With the number of claimant households expected to grow from 570,000 today to 8 million in 2022, the implications for landlords who house LHA tenants are noteworthy (see the Department of Work & Pensions landlord’s guide here).

A Disaster Waiting to Happen?

Part of the former coalition government’s drive to “make work pay”, i.e. rewarding people for transitioning into gainful employment, the initial phasing of Universal Credit has been fraught with challenges.  Despite recriminations of hyperbole, comments made by Citizens Advice chief executive Gillian Guy’ that the programme is “disaster waiting to happen” have echoed much of the sentiment amongst both recipients and those administering the initial claims.  Frank Field, veteran politician and chairman of the Commons Work and Pensions Committee, also asserted that Universal Credit “will bring back destitution to Britain for the first time since the foundation of the welfare state”.

An issue that has long existed within the Local Housing Allowance system, the systematic blanket approach continues to result in bureaucratic challenges. In areas where work can be frequently irregular and/or claimants have ongoing disability, sickness or long-term illness issues, a “computer says no” approach simply does not work.  Indeed, IT issues have already pushed the roll out behind schedule and the government’s public accounts committee has already wrote off a reported £425 million.

Officially, the minimum wait for the first payment for new claimants is 35 days (5 weeks) – which consists of an assessment period to determine how much will be awarded. Then there is another week for the aggregated payment to go through.  From April 2018, housing benefit claimants will be able to access an extra two weeks’ payment to potentially reduce the amount of rent arrears. Note that this will only be available for new claimants.

A wide body of evidence is pointing to such protocols clearly not being met. Department for Work and Pensions (DWP) estimates are already pointing to one in four new claimants waiting more than six weeks for their initial payment.

Data obtained by the Observer also demonstrated that half of tenants across the 105 local authorities already implementing Universal Credit are in arrears by one month, with 30% two months behind.

In London, Southwark council have attributed £1.3 million of rent arrears to the regime over the course of two years.  Claimants are waiting between 12-13 weeks for the first payment to be administered – well over the 8-week period that most landlords typically initiate Section 8 and Section 21 procedures.  Together with the boroughs of Croydon and Hounslow, these councils have accumulated £8 million of arrears and, at the time of writing, more than 2,500 tenants are at risk of eviction.  The Peabody Group, one of the south east’s largest housing associations with over 55,000 homes, also reported that the level of rental arrears by tenants receiving Universal Credit was three times higher than those who were not.

In other parts of the country, similar issues have emerged.  Cheshire-based Halton Housing Trust, owner and manager of 7,000 properties, said that 17% of tenants receiving Universal Credit owe 47% of all its unpaid arrears.  Plymouth Community Homes, owner of over 14,000 social rented homes, reported that 69% of its tenants on UC are in arrears.  Gloucester City Homes, owner of 4,000 rented properties, said 85% of UC claimants were in arrears relative to 20% of all other tenants.  Chesterfield Borough Council said that 77% of its tenants in receipt of UC were in rental arrears.

Trussell Trust, the UK’s largest food bank network, reported that many people visiting its centres have been reporting similar waiting periods.  According to the Guardian, areas where the full roll-out has taken place have seen food bank referral rates at over double the national average.

Whether these issues are simply teething problems remains to be seen.  However, the hopes of a successful implementation of the programme are practically non-existent.

In his November 2017 budget speech, Chancellor Philip Hammond announced a £1.5 billion Universal Credit supporting fund.  Reducing the initial waiting period to 5 weeks (as opposed to 6), easier access to initial loans and the implementation of a two-week bridging system may only be scratching the surface.

Charities have been reporting that one in four workers do not receive a monthly salary – meaning that many would have to survive on whatever small salary they receive until their benefits come through. Whilst government officials affirm that claimants can access DWP loans (or advances) and other transitional arrangements to cover living expenses (such as rent), thus far there is little evidence of arrears reducing as a result.

Worryingly, there have been reports of tenants taking loans with payday lenders.  With local authority budget cuts widely commonplace, questions also remain with regards to the capacity to handle the expected upsurge in claim-related issues.

As with current Local Housing Allowance (LHA) payments, bar exceptional circumstances, Universal Credit will continue to be paid to tenants rather than directly to landlords.  It would therefore come as no surprise that the general reluctance amongst landlords to accept tenants on Local Housing Allowance looks set to continue and will probably rise as a result of these reports.  From Section 24 of the Finance (No.2) Act 2015 to the top-down regulatory measures and freezes on LHA rates (until April 2020), the prospect of rent arrears will almost certainly be off-putting for both landlords and mortgage lenders.

At the same time, however, provided the rental yield is relatively healthy, it is worth remembering that a significant majority of LHA tenants often want to remain in properties for the medium-long term meaning that landlords could potentially benefit from lower voids.  Providing the initial hurdles are overcome (which may mean a longer than expected wait for initial receivables), provided a guarantor is in place and there are no major changes in circumstances, tenancies will have the benefit of longevity.  Many landlords and lettings agents working in the space would agree that incidences of “benefit scrounging” are rare, properties are not always left in bad condition and the bad name that LHA tenants receive is largely unwarranted.  Our extended blog post on a Joseph Rowntree Foundation event on housing lower income groups featured some of the lettings agencies successfully operating in the LHA space.

From a broader perspective, key political figures are now calling for a slower process of “setting and learning”.  Although pausing the roll-out of Universal Credit seems unlikely, with the mainstream media highlighting the key issues, it is hoped the government will adopt a more rational approach – particularly for those facing the cold winters without secure accommodation as well as those with live-in care needs.

Should you be concerned about your tenant’s arrears as a result of the programme’s implementation, as well as direct communication, we would also suggest getting in touch with your local MP to highlight some of the difficulties you may be facing.