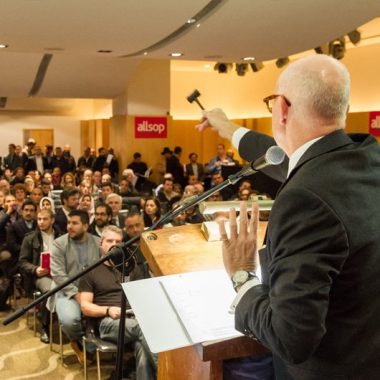 Prior to their next auction on 16th February, we asked Gary Murphy – partner at Allsop and vice chair of the RICS Auctioneering Group – for some of his reflections on last year´s auction market, current residential yield trends, some broad expectations for 2017, the growth of mixed-use opportunities as well as his thoughts on foreign investor appetite.

(1) Despite many predicting to the contrary, it would appear that Brexit had a relatively negligible impact on house prices thus far – how would you best describe overall activity in the auction room during the course of 2016?

Examining 2016 as a whole, the proportion of purely residential property coming on to the market remained similar to 2015 (83%).  Allsop sold £432 million of residential stock in 2016, down by 2% year on year with a sales success rate of 78%.  In our last auction before Christmas, 16 of the lots were sold prior and 126 sold in the room.  We were pleased with overall performance, particularly considering the largely unexpected challenges during the course of the year.  Interestingly, in that same auction, 11 out of the 13 sites without planning approval were sold.  London remained the dominant region; 44% of all lots were located within the M25 and 60% within the South East overall (up from 56% in 2015).  This is consistent with a perceived flight to quality in a more cautious climate.  The majority of lots were contributed by property companies (41%), followed by private sales (25%), distressed sales (16%, falling from around a quarter compared to 2015), Housing Associations (10%), Statutory Bodies (4%), Trustees (2%) and Local Authorities (1%).

2016 witnessed a noticeable rise in value and volume of commercial lots sold (£610 million compared to £453 million in 2015), particularly those with permitted development rights (PDR) for conversion to residential units.  Our commercial and residential auction departments work in parallel which means there is often a healthy crossover.  What used to be of interest to commercial investors is now appealing to residential buyers, representing an interesting transformation of the market dynamic.  It is our belief that sensible pricing of these opportunities will be key moving into 2017.  For example, an office block located in Aylesbury with PD rights for 12 flats, guided at £1.1m+, sold in February for £1.035m.  We do source other permitted development opportunities, such as agricultural to residential, however their appearance in the auction catalogues is not as common as commercial lots with residential conversion potential.

(2) What kind of patterns have you been observing in terms of residential yields?

The average yield from assured shorthold tenancy investments has increased outside of London. Gross yields in the capital have contracted to just over 5%.  According to the Homelet Rental Index, while rental values in the capital are up 2.5% against last year, this is a reduction from the rate of increase seen in October 2015 (7.1%).  Although the RICS Residential Market Survey research reported a decline in tenant demand, the Countrywide Lettings Index indicated that, during 2016, London went from the region with the second fastest rate of rental growth in Britain to the slowest (due to a surge in the number of homes available to rent).  The data also demonstrated that the costs of a new let in the North East, North West and Yorkshire and the Humber regions are rising faster than in any other part of the country.

Investors also may want to note that ground rent yields have fluctuated within a band of 2% and 6% in 2016 for investments with over 80 years life of income.  Buyers should look out for lots that are subject to lessee nominations under the Landlord and Tenant Act.  Research shows that these can be bought at reduced prices at the current time, although government intervention and further regulation should be expected in the future.

(3) Given the hugely unpredictable nature of 2016, crystal ball gazing is never an easy task, but would you be able to provide readers with some broad expectations over the coming year?

To summarise our outlook for 2017 (from our Residential Auction Annual Review):

(4) Over the last few years, particularly pre-Brexit, sellers remained adamant about sticking to their asking / reserve prices as the Greater London market largely followed an upward trajectory.  Will factors such as the Greater London Authority´s drive for increased supply, higher affordable housing requirements and the emergence of build to rent mean there will be more flexibility on reserve expectations in 2017 and beyond – or do you feel things broadly remain the same?

Vendors approach us with different ideas of what their properties are worth – some are realistic, others are not – so it is very difficult to generalise.  It is our job as auctioneers to ensure that reserves are set correctly and provide the right advice to clients.  We not only take a look at the state of the market, but also geographical differences, property types, condition and so on. It’s important to appreciate that each vendor has his / her own specific circumstances.  When the market is confident and prices are generally rising, the pressure on auctioneers and therefore sellers to keep reserve prices down eases.  We can accept more optimistic pricing as the market surges forward.  But generally speaking, it takes an auction or two for vendors to realise that a market is softening and for expectations to reflect reality.  The challenge for auctioneers therefore is to recognise downward corrections as soon as possible and relay this information when advising sellers.

In many areas of the Midlands and the North, there is continuing capital growth.  I would broadly expect this to continue despite the Brexit vote and Donald Trump’s presidency.

Build to rent is a long-term sector where builders and developers are collaborating to create long-term income streams.  Short term capital growth is not necessarily the principal driver – although it will be a welcome bonus.

(5) Notwithstanding rising Stamp Duty and other offshore investment controls, it would be interesting to know if you have been noticing a higher concentration of foreign buyers as a result of the weaker Sterling values? Or perhaps are they waiting to see where prices go once the post-Brexit outlook is clearer?

Over the course of 2016, the online catalogue received nearly 1 million visits from 197 territories globally. 48% of these were new visitors.  As seen in the map below, the UK and Ireland continued to dominate. Our new homes online auction site, has seen interest from China and Russia.  This interest is yet to pan out into 2017, however the rising level of registrations of interest for forthcoming auctions from other parts of the world is interesting, no doubt encouraged by a weaker pound. 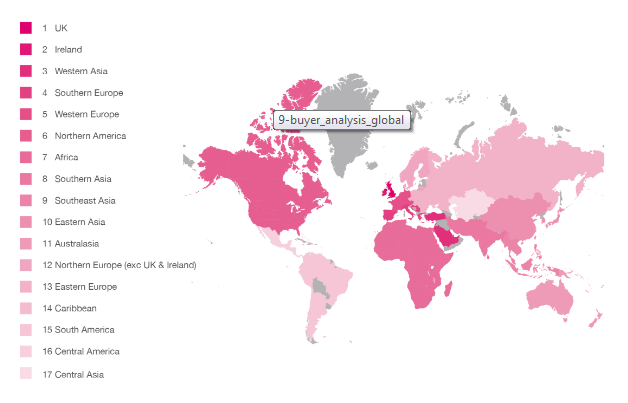 (6) A significant proportion of residential buy to let investors are likely to be impacted by the new PRA rules, not to mention the first phase of the Section 24 tapering starting in April – both will likely mean that gearing capacity will be constrained.  With yields already being compressed, particularly for single lets, are there any emerging strategies that are catching your attention.  It would be interesting to know if you feel that the market moving forward will largely consist of “bigger” and well-capitalised players?

There are always going to be buying opportunities – particularly as highly geared, private landlords experience challenges and look to dispose.  We expect commercial and mixed-use opportunities to attract interest from residential investors now faced with burdensome stamp duty payments.

Permitted Development opportunities for conversion of office space to residential accommodation continue to trade well.  For example, lot 53 in our 16 February sale is expected to attract competitive bidding. The guide price is £7m: 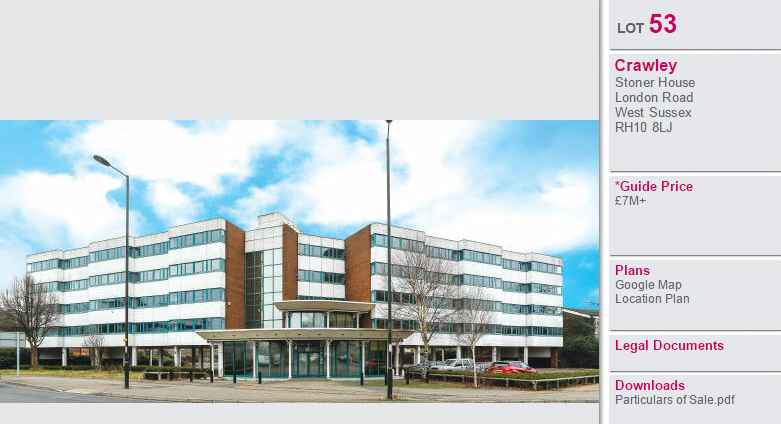 Readers can access the full online catalogue by clicking here.  Allsop will be holding auctions on the following dates in 2017: