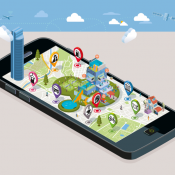 The late-2016 PropTech Summit was first of its kind to be hosted by the Estates Gazette magazine, bringing together a broad range of sector representatives to explore how innovation has a pivotal role in shaping the property industry´s future.  Summarised below are some of the salient points covered during two interrelated panel discussions followed by a brief outline of some of the platforms and software to watch out for during the course of 2017 and beyond. Real time data, algorithmic reasoning, predictive evaluation, machine learning, sophisticated financial modelling, data-driven design / decision making, drone surveying, virtual / augmented reality, geo-locational mapping… the list of tools looking to be taken more seriously by developers, investors and other stakeholders continues to amass.  Yet comments that “the industry is old fashioned and inefficient” and of the need to cut through “the rhetoric of property... END_OF_DOCUMENT_TOKEN_TO_BE_REPLACED 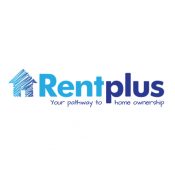 It would fair to assume that much of the property industry was positive about last week´s Autumn Statement, welcoming the range of proposed measures such as the acceleration of housebuilding on public land, relaxing restrictions on grant funding as well as the continuation of right to buy extensions for social tenants and the Help to Buy Equity / ISA schemes.  As exemplified by recent DCLG data, in a housing market that is evidently failing to cater to all sections of society, many argued that the government had little choice but to cave into the rising tide of social pressure and support a more universal building cycle. £1.4 billion will therefore be used to initiate 40,000 housing units by 2020-21 alongside a £2.3 billion fund to deliver infrastructure for up to 100,000 new homes in “areas of high demand”.  In addition to plans... END_OF_DOCUMENT_TOKEN_TO_BE_REPLACED 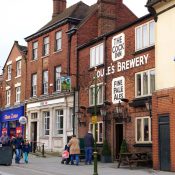 Below is a brief synopsis of another interesting panel held at the Central London Property Meet, exploring the merits of commercial property investment. Left to right in the photo below,  Ranjan Bhattacharya (Property Investor), Barry Shaw (Commercial Property Lawyer) Am Kainth (Property Investor), Piragash Sivanesan (Director of Totum Finance) and Daryl Norkett (BDM for Shawbrook Bank) all contributed to the discussion. Fairly London-centric in terms of focus, it was observed that commercial property values have not seen the rapid appreciation relative to the residential sector in recent years – potentially presenting wider and more dynamic investment angles in a “post section 24” operational environment.  Some important cost savings include lower stamp duty liability and the potential for VAT to be excluded or recovered post-completion (depending on the circumstances of the transaction).  FRI (Full Repairing and Insuring) leases combined with recoverable... END_OF_DOCUMENT_TOKEN_TO_BE_REPLACED

PropTech and BuildTech – Embracing the Future 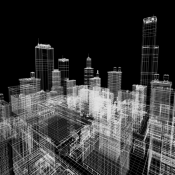 A recent RICS seminar entitled “AI in the Built Environment” raised a number of thought-provoking questions on technology´s future within the property development / investment industry.  Particularly amongst SMEs, the slower take-up across the residential supply-chain is often attributed to the untested and prohibitively expensive nature of many of the solutions fed into the marketplace.  Yet, in spite of the financial hurdles, more developers have begun to appreciate technologies that can genuinely streamline workflows and counterbalance the costly inefficiencies that often plague project timelines.  What follows is a broad outline some of the interesting concepts, tools and machinery slowly but surely filtering into the industry. Land Finding, Remediation and Speeding up the Planning Process Achieving a feasible, and ultimately profitable, development scheme relies on a myriad of factors relating to the choice, location and physical characteristics of a given site.  A... END_OF_DOCUMENT_TOKEN_TO_BE_REPLACED 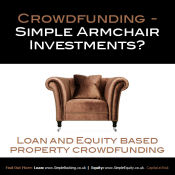 Crowdfunding has arguably taken a while to grab property investors / developers attention in the same way that the overarching concept has achieved in other industries.  In recent years, however, its role as a viable source of finance for a variety of project objectives has gained massive traction.  As one of the first platforms in the property arena, Simple Backing (the peer-to-peer crowdfunder originally created in 2013) and the more recently inaugurated Simple Equity have played a prominent part in spearheading this drive.  Uniquely positioned to fund a broader scope of property deal structures, developers and fundraisers can explore whether crowdfunding can complement more traditional funding mechanisms, whilst simultaneously building their own reputation amongst the crowd / potential investors.  Investors can join the crowd and can collectively scrutinse projects that come on to the ‘Simple’ platforms, benefit from competitive rates... END_OF_DOCUMENT_TOKEN_TO_BE_REPLACED 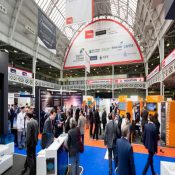 The final blog post on some of my main observations from MIPIM UK 2016 covering panel discussions entitled “Student Accommodation – Coming of Age?”; “The Rise of Workspace Offices: Fad or Future?” and “Specialised Markets: The Popularity and the Pitfalls” (also see part 1 and part 2 of this short series). Student Accommodation – Coming of Age? The consensus was that universities, and their associated accommodation needs, will continue remain in demand due to perceived excellency of British educational standards.  One panelist went as far as to describe the sector is “relatively recession resistant”; student housing is more by demographically led and going to university remains a prominent aspiration for young adults.  Sterling´s devaluation is also making education costs comparatively cheaper for foreign students compared to countries like the US.  The sector is generally viewed as transparent due to being... END_OF_DOCUMENT_TOKEN_TO_BE_REPLACED 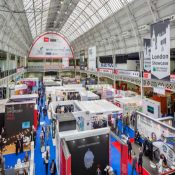 The second of three blog posts covering October 2016´s MIPIM UK conference – relaying some of the key takeaways from the talks and debates during the 2 ½ day event (see part one by clicking here).  This post overviews some of the salient points of the panel discussions on “Lending Practices Post-Brexit” and “The Private Rented Sector (PRS)”. Lending Practices Post-Brexit  A panel with Lucinda Bell (Chief Financial Officer, British Land), Bill Hughes (Head of Real Assets, L&G Investment Management), Simon Mower (Associate Director, Debt Advisory – Corporate Finance, KPMG)  and John Feeney (Managing Director & Global Head of Commercial Real Estate, Lloyds Bank), moderated by David Hatcher of the Estates Gazette. The conversation started with the collective acknowledgement that, although the referendum result prompted a pause for thought, lenders remained committed to the sustainable growth of the property industry.  Particularly in the... END_OF_DOCUMENT_TOKEN_TO_BE_REPLACED 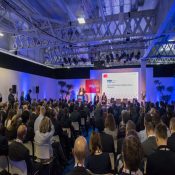 Now in its third year, MIPIM (Le marché international des professionnels de l’immobilier or “International Market for Property Professionals”) saw over 3,000 delegates from 45 countries gathered in London’s Olympia to participate in a range of seminars, debates and presentations. Affordable housing, infrastructure, regeneration, devolution, public-private collaborations, crowdfunding, legislation affecting the industry and PropTech were all addressed over course of the 2 ½ day event interspersed with start-up and architectural competitions as well as the Estates Gazette annual awards ceremony.  Starting with “What Brexit Really Means for Property”, “Affordable Housing”, “Planning Constraints & Boosting Housebuilding” and “Devolution Revolution: The Midlands Engine & The Northern Powerhouse”, I have split a series of short synopses of the some of my own observations into three blog posts.  I also would recommend listening to some of the interview podcasts and MIPIM´s YouTube channel. What Brexit... END_OF_DOCUMENT_TOKEN_TO_BE_REPLACED 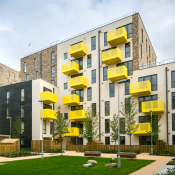 Against a backdrop of London´s so-called “Generation Rent”, purpose-built, professionally managed developments look set to make notable strides in the coming years.  Advanced by various bodies such as the PRS Task Force, the Build to Rent (BTR) Fund and the PRS Guarantee Scheme, the sector is now firmly graded as an institutional asset class and increasingly viewed as having an important role to play in confronting the Capital´s housing crisis. The wider London development industry has been monitoring the work of key players such as Fizzy Living, Be:Here, Dolphin Living, Miflat and Essential Living – observing how, amongst other factors, demand certainty combined with realistic exit strategies may result in BTR developments being less subject to the cyclical fluctuations that invariably characterise the build to sell sector.  With determinable future rental flows and project outcomes, forward funding by investors in search of... END_OF_DOCUMENT_TOKEN_TO_BE_REPLACED

Buy to Let Due Diligence in London´s Speculative Market 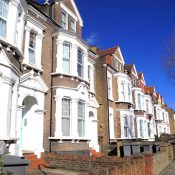 Often referred to as “its own country”, in recent years London´s widening property price gap relative to the rest of the UK has been fuelled by a range of supply-led influences, a historically low interest rate environment and speculatively led exuberance by foreign buyers. A noticeable peak was observed during the first quarter of 2016 prior to the increased stamp duty obligation on additional property purchases.  What followed, however, were clear signs of investors taking a more risk aversive approach in response to what many perceived as a “toppy” marketplace.  In addition to the post-Brexit repercussions, that will arguably take some time to filter into the market, the buy to let sector looks set to face its own operational difficulties under stricter regulatory frameworks, higher barriers to entry and the restrictions on mortgage interest tax relief (as a result of the so-called... END_OF_DOCUMENT_TOKEN_TO_BE_REPLACED