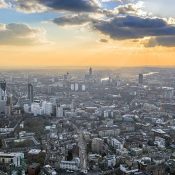 Below is a summary of an event run by Bisnow (London) in late February that grouped a number of property industry figures to discuss current trends in strategic funding and other related topics.  Although relatively London-centric in terms of content, the discussions also touched on the broader market´s reaction to the referendum result, the long term effects of a seemingly entrenched low interest rate environment, foreign investor´s appetite to fund deals post-Brexit, ongoing risks and the emergence of the build to rent sector: Paul Clark, Chief Investment Officer at The Crown Estate started the morning´s discussion elaborating on the business´s 3% return in 2016 as a reflection of post-referendum mild volatility. As the UK´s largest property manager with urban stock-holdings valued at £1 billion (and an interesting barometer of market performance as a whole), Clark reported that the slowdown was not as acute as... END_OF_DOCUMENT_TOKEN_TO_BE_REPLACED 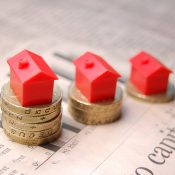 February / March 2017 Property Investor´s Factfile The Property Investor Blog´s monthly factfile presents broad range of data including national / London house prices, the latest buy to let Limited Company (SPV) loan rates, LIBOR / SWAP rates, rental data, mortgage debt figures and information on the first-time buyer sector.  Using data from a range of sources (referenced on the last page of the factfile), we have outlined some relevant observations below: Between December and January, Halifax and Nationwide reported dips in estimated national house prices at 1.0% and 0.32% respectively. However, during the same period, LSL / Acadata stated an average price increase of 0.84%.  Land Registry data indicated that between November and December 2016*, prices rose by 0.74%. Rightmove asking price index pointed to a 1.99% increase between January and February 2017 (although investors should be aware of the often noticeable differences between marketed and actual sold prices);... END_OF_DOCUMENT_TOKEN_TO_BE_REPLACED 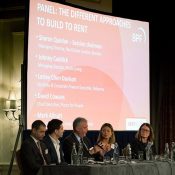 Build to Rent (BTR) dominated much of the afternoon´s discussions at the annual British Property Federation (BPR) Residential Conference, starting with a look at a recent report published by Savills in conjunction with the BPR, Barclays and the London School of Economics (LSE) entitled “Build to Rent – Unlocking the Potential of an Emerging Property Sector”.  A presentation by Jacqui Daly, director or residential investment research and consultancy at Savills as well as some the core findings of the report are summarised below: Whilst 98% of the £1 trillion PRS sector is tied up in the hands of small landlords, the pipeline of bespoke build to rent (BTR) stock is increasing; The perceived beneficial impacts of purpose-built PRS developments on overall housing supply include: accelerated delivery (more noticeably on larger urban sites); faster market absorption rates that benefits regeneration and placemaking; viability... END_OF_DOCUMENT_TOKEN_TO_BE_REPLACED 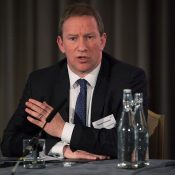 The second of three blog posts (see parts 1 and 3) covering the 2017 British Property Federation (BPF) annual residential conference, briefly outlines some of the takeaways from a panel discussion amongst senior civil servants and a chief executive of Britain´s largest housebuilder followed by a keynote presentation by Jules Pipe, Deputy Mayor for Planning, Regeneration and Skills. “The Housing Challenge” The panel consisted of Tom Copley, London Assembly Member; Mark Prisk MP, former Housing Minister; Sir Edward Lister, Chairman, Homes and Communities Agency (HCA) and David Thomas, Group Chief Executive at Barratt Developments. Some of the key points are summarised below: Addressing an issue that prompted cause for concern in the aftermath of the Housing White Paper, Top Copley of the London Assembly advocated a move away from an “obsession” with homeownership using the example of the London Living... END_OF_DOCUMENT_TOKEN_TO_BE_REPLACED 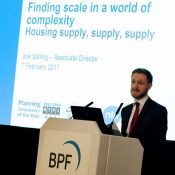 Coinciding with the release of the delayed “broken market” White Paper, the annual British Property Federation (BPF) Residential Conference sought to address a number of pertinent housing-related topics of the day. Principally chaired by Bill Hughes, Head of Real Assets at Legal & General Investment Management, the various presentations and panel discussions delved into a number of key issues ranging from planning to London´s affordable housing crisis and the supporting role of government at local and national levels. The latter part of the day focused heavily on build to rent (outlined in a separate blog post), a tenure that benefitted from further traction by means of consultation on changing the National Planning Policy Framework (NPPF) (recommending that local authorities plan proactively for these schemes and allow discounted market rent to complement other forms of affordable housing provision). On this latter subject, readers... END_OF_DOCUMENT_TOKEN_TO_BE_REPLACED 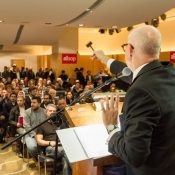 Prior to their next auction on 16th February, we asked Gary Murphy – partner at Allsop and vice chair of the RICS Auctioneering Group – for some of his reflections on last year´s auction market, current residential yield trends, some broad expectations for 2017, the growth of mixed-use opportunities as well as his thoughts on foreign investor appetite. (1) Despite many predicting to the contrary, it would appear that Brexit had a relatively negligible impact on house prices thus far – how would you best describe overall activity in the auction room during the course of 2016? Examining 2016 as a whole, the proportion of purely residential property coming on to the market remained similar to 2015 (83%).  Allsop sold £432 million of residential stock in 2016, down by 2% year on year with a sales success rate of 78%.  In our last auction... END_OF_DOCUMENT_TOKEN_TO_BE_REPLACED 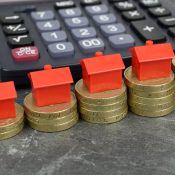 The Property Investor Blog´s monthly factfile is principally aimed at UK property investors and traders and includes broad data on national / London house prices, the latest Limited Company (SPV) loan rates, LIBOR / SWAP rates, rental data, mortgage debt figures and information on the first time buyer sector.  This month´s issue (accessible here) presented a range of noteworthy market observations, using data from latter part of 2016*: Rightmove data pointed to an overall 1.1% asking price drop for English and Welsh properties coming on to the market in November and, in the same month, only 14% of RICS surveyors expected prices to increase over the subsequent 3 months (compared to 18% in October 2016); After 4 consecutive month-on-month post-Brexit drops, as at November 2016, Land Registry sold prices in the City of Westminster had broadly recovered to May 2016 levels. However, prices in the City of London fell by... END_OF_DOCUMENT_TOKEN_TO_BE_REPLACED

On the back of the most recent Rental Price Tracker (Q4 2016), the following summary is based on a short conversation with Sam Mitchell, Head of Lettings at Rightmove during the second week of January 2017.  We explored the validity of the portal´s data sources as a means of assessing local market dynamics; the reasoning behind the reported drop in London´s overall rental figures; the future impact of Section 24 (of the Finance Act 2015) and other top-down policy changes as well as some useful tips on achieving healthy yields moving forward. Rightmove base their yield calculation using rental and sales asking prices. With no equivalent of the Land Registry for the rental market, it can be difficult to establish real prices (i.e. what properties have actually been let for). However, the portal typically has around 300,000 rental properties on the site at any... END_OF_DOCUMENT_TOKEN_TO_BE_REPLACED 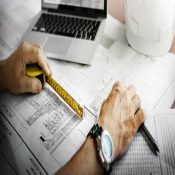 Part 2 – Focus on Post-Brexit Planning and Housing Supply The second part of the late-2016 Planning Resource event (see part 1 here) addressed a number of topics ranging from the “Brexit effect” on migration and household composition, infrastructure development and the future of planning through to innovative Housing Association-led development models and how London can overcome its affordable housing delivery challenges.  The afternoon was chaired by Duncan Sutherland, regeneration director at Sigma Capital Group Plc – a company at the forefront of the Private Rented Sector (PRS), working with local government to deploy an innovative £1 billion Sharia compliant fund to build 10,000 family houses. Starting with a presentation entitled “Calculating housing need in a post-Brexit period: What Brexit means for plan-making”, James Donagh, Director at Barton Willmore explored how future migration could affect the pace of development growth.... END_OF_DOCUMENT_TOKEN_TO_BE_REPLACED 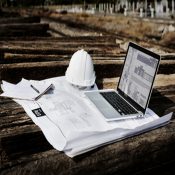 This and the following post aim to provide a broad synopsis of a Planning Resource event held towards the end of 2016.  I have split the content into two parts, the first covering the morning´s discussion on the wider implications of the Brexit decision on the UK economy, as a precursor to the afternoon´s conversations on planning for housing. Part 1 – Focus on Post-Brexit Economic Development   Published at the start of January 2017, perhaps facetiously, it´s worth caveating that there is a certain risk that much of the following write-up could well be obsolete at the time of reading given the political ambiguity and lack of specifics regarding the UK´s exit from European Union.  Such uncertainty is likely to remain, at the very least, until the triggering of Article 50 of the Lisbon Treaty and formal talks start... END_OF_DOCUMENT_TOKEN_TO_BE_REPLACED