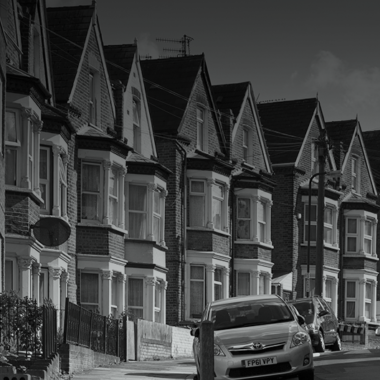 Investing in property has always been risky business, however, if done correctly, you can see returns on your property way above the figures you ever expected.

The key is investing in low-cost properties in high demand areas, this cancels out most areas immediately surrounding London.

The best places to invest in housing at the moment is the North-West, Yorkshire and Scotland, with areas such as Rochdale showing the highest return on investments with an almost 10% return on your investment per year.

Houses in Rochdale are not particularly in short supply, either, with over 1000 houses set to be completed in the next 2 years. Such developments include the Hill Top Park development planned by Gleeson. These houses are sold under freehold tenure, which allows you to buy the property outright with no strings attached, making it eligible for leasing upon purchase.

Its location means access to the motorway via the M62 is easy, alongside being near Rochdale train station with connections to Wigan, Leeds and Manchester. There are also primary and secondary schools nearby for those with children. This makes these the perfect property to lease to young families or families looking to grow, which, of course, is always an ever-growing market.

With houses ranging from 102k to 175k, these houses are a sustainable long term investment that won’t put you in a crippling amount of debt.

If you’re looking for properties in the south of England, specifically the south-east, Colchester is one of the areas with the highest yield seen from investments, alongside Luton.

3 bedroom properties in Colchester will set you back an average of just over £500,000, with flats averaging that of £200,000 if you’re looking for 2 bedrooms, but with average rents increasing by over 6% in the area through 2019, investments so far have been very successful.

Persimmon Homes have been creating over 300 houses in the Colchester area, with completion of all the homes predicted to be completed by early 2020, with flat prices averaging at £200,000 in this development, this is typical of the area, if rent prices in the area continue to rise at the rate of which they are at the moment, there is a high chance you will see a good return on the property within the decade.

Of course, these places are a typically safe investment, but sometimes it’s better to instead focus on the areas that are only just beginning to rise and are on track to increase substantially in the coming years.

This makes areas around Manchester one of the most promising regions to invest in this year. Manchester is growing at a rate never seen before, with new offices and residential allotments being built both in the city and the surrounding boroughs.

They say that a sign of great growth is the increase in altitude in the skyline, such as cranes and skyscrapers, which is exactly what is happening there. Employment growth is also at an all-time high in the city, with some of the highest employment rates in Europe, this means more wealthy, high skilled workers looking for a place to stay in the surrounding metropolitan area.

The key to investing just outside of a city is to focus on areas with great transport links to the city centre, this makes areas like Wigan, Bolton, Swinton, Oldham, and Ashton-under-Lyne some of the most promising places to invest in property.

The prices are still rather low for houses and flats across the board in comparison to places in the south, making it a perfect time to invest. Just between Oldham and Rochdale, if you’re looking for a rather large investment, a 20 bedroom apartment is currently available in Shaw at 2.5 million pounds.

This does, however, allow you to rent out apartments averaging over £500 PCM, allowing you to earn an average of £10,000 PCM, once you hit profit on such a property you will be making a substantial amount of money.

There is a looming question surrounding anyone who are looking to invest in assets within the UK at the moment, regardless of whether it is property, shares in a company, or tangible objects such as cars or watches, is it safe?

We all know why this is a question, it starts with a letter B and has been on every investors mind since its announcement. Political uncertainty always runs the risk of causing a hit on a country’s currency alongside international trade.

Predictions are saying that this event could cause a damaging blow to our economy, however, since the housing crisis triggered by the 2008 economic struggles, house demand has been constantly increasing.

This suggests that even in the event of another recession, investments into the property are likely to keep rising or worst case scenario plateau. As always, such choices are at your discretion, as you are investing your money into properties you trust.

To mitigate the damage that could be caused by a no-deal Brexit, focus on areas that are showing growth even through the uncertainty that is slowing the current economy.

This is exactly why the north of England, as well as Scotland, is seeing an increase in popularity, with house prices being a whole league lower than their southern counterparts, with demand for housing still being similar across the country.

I would say try and keep a close eye on specific areas that you have an interest in, keep track of housing developments and lots that are predicted to be on sale shortly, and try to aim for the lowest price of properties on sale in the highest possible rent areas.

At the end of the day investing is about playing it smart and playing it patiently, you will seldom get your investment back short term, especially in the property market. I wish you the best of luck on your possible future property investment attempts and I hope you make a great profit!