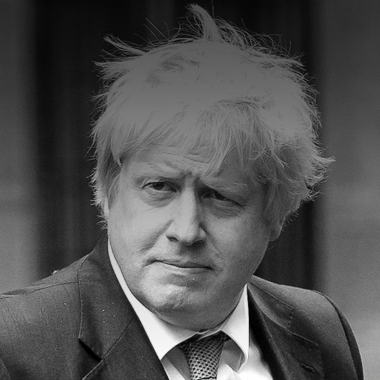 With the leadership contest over Boris Johnson, who was the clear favourite throughout, has been installed as Conservative leader and Prime Minister.

He has long had strong views on the housing market, but what do these views mean for the private rental sector?

Here we examine the good and the bad.

Johnson has strong views on the PRS, from both the landlord’s and the tenant’s perspective.

For tenants, while London Mayor, he promised a blue badge ‘kitemark’ for landlords and rental homes introduced the London Rental Standard. The London Rental Standard aimed to promote good standards within the rental market. Open to both landlords and agents, it allowed those who signed up to use the LRS badge, which is recognisable across London as a mark for quality.

However, both initiatives were largely voluntary and, as such, made little impact.

Johnson has also historically been in favour of affordable housing. During his tenure as London Mayor, from 2008 to 2016, he was vocal about the 101,525 affordable housing units built in London, which was a greater number than built under his predecessor, Ken Livingstone.

However, as the BBC pointed out in 2011, the definition of affordable housing was amended to include homes built for affordable rent, as well as social housing. But with ‘affordable’ being defined as properties let for 80% of the market value rent, there are debates about just how affordable such homes are for lower-income individuals and families.

However, on the flipside, Johnson is opposed to rent controls, which he believes will only ‘deter investors at a time when more, not less, investment is needed’. This view is shared by the Residential Landlords Association (RLA), an organisation which campaigns on behalf of landlords.

Johnson is opposed to what he describes as ‘over-regulation’ of the PRS sector. Speaking back in June 2014 as London Mayor, during Mayor’s Question Time, he said: ‘I do not want to get into the business of trying to over-regulate a market that needs to develop.

‘We need to expand the supply of private rented accommodation in London and we need to encourage investors to help us build hundreds of thousands more homes in London, many of them for private rent as well as for affordable rent.’

His views are supported by the RLA. John Stewart, RLA policy manager spoke after Johnson’s successful campaign to become Prime Minister, saying: ‘As Mayor of London Boris Johnson spoke of not over-regulating the rental market, and for the need to boost the supply of homes to rent.

‘As Prime Minister, it is vital that his government makes good on this sentiment, ensuring policy boosts the supply of homes to rent, supports the vast majority of landlords doing a good job whilst focussing resources on finding and rooting out the crooks.’

However, Johnson’s reluctance to impose rent controls is likely to be met with opposition from London Mayor Sadik Khan, who is in favour of rent control, particularly within London which boasts the most expensive housing in the UK.

Johnson has surrounded himself with a number of housing experts. The previous Housing Minister Kit Malthouse supported Johnson’s campaign, and is now Minister of State for the Home Office, remaining close to Johnson.

In addition, three former housing ministers, James Brokenshire, Alok Sharma and Grant Shapps also supported Johnson, providing considerable experience within the housing sector. Both Sharma and Shapps have remained within the Cabinet, where they can exert considerable influence.

Johnson has made his position on leaving the European Union clear. It will happen by 31 October 2019. This is seen as good news for the rental property market, which has suffered from the uncertainty of when the UK will leave the EU, or even if it would.

According to Lambert Smith Hampton, UK investment in rental properties during the first half of 2019 was £19.7 billion, a fall of 30% compared to the same period in 2018, a fall which has been blamed on Brexit uncertainty.

This is an opinion supported by former Transport Minister and now Soho Estates Chairman Steven Norris, who stated: ‘It’s not that people have lost faith in the UK or the attraction of buying here. What they’ve been begging for is a reasonable amount of certainty. Whatever Boris does, we are now in the last phase of uncertainty, that phase of being neither in nor out of Europe. It will release a lot of the pent-up energy for commercial property in the UK.’

During Johnson’s campaign to become Prime Minister he made included a number of policy suggestions within his manifesto that could impact the housing investment market. One was to shift the burden of stamp duty from the property purchaser to the vendor.

While this was aimed to help first-time buyers, it would positively impact landlords too. He has also mooted the idea of removing stamp duty completely for properties worth up to £500,000. Another move that would benefit both purchasers and vendors.

During the leadership contest, Johnson also stated that he was willing to increase public borrowing to fund infrastructure programmes, such as the roll-out of superfast broadband.

Traditionally, real estate has benefitted from such investments, although some experts have pointed out that any increased borrowing could weaken the economy, making it harder for landlords to secure borrowing to invest in property.

Johnson also said that he would look at reducing business taxes. Should he decide to reduce corporation taxes this would benefit those property companies which are not Real Estate Investment Trusts (REIT), which already pay just 2% corporation tax.

Overall, it seems that Johnson could be good for property investors. Through removing the uncertainty of Brexit, the market is likely to be stimulated again.

A number of his manifesto promises would directly benefit would-be and existing landlords, while a refusal to impose rent controls will be seen as a good thing for those investing in the PRS.