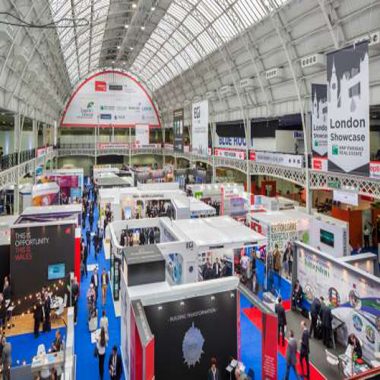 The second of three blog posts covering October 2016´s MIPIM UK conference – relaying some of the key takeaways from the talks and debates during the 2 ½ day event (see part one by clicking here).  This post overviews some of the salient points of the panel discussions on “Lending Practices Post-Brexit” and “The Private Rented Sector (PRS)”.

A panel with Lucinda Bell (Chief Financial Officer, British Land), Bill Hughes (Head of Real Assets, L&G Investment Management), Simon Mower (Associate Director, Debt Advisory – Corporate Finance, KPMG)  and John Feeney (Managing Director & Global Head of Commercial Real Estate, Lloyds Bank), moderated by David Hatcher of the Estates Gazette. The conversation started with the collective acknowledgement that, although the referendum result prompted a pause for thought, lenders remained committed to the sustainable growth of the property industry.  Particularly in the residential sector, the demand-supply dynamics are very clear and lenders will be actively supporting the government´s agenda to meet this imbalance.  The income aspects of property also remain stronger than several other asset classes and the panel broadly agreed that very few parallels could be drawn to the sub-prime debacle of 2007-08.

Projects that were derisked early in the development cycle – by means of pre-lets, forward sales and the deployment of balance sheet capital – continue to move forward.  In terms of capital structuring, speculative projects will likely face lower Loan to Value (on Loan to Cost) terms as banks continue to limit their exposure to volatility both in line with the Brexit decision and as a hedge against other macro-related risks, such as the “topped out” London marketplace.  Healthy levels of domestic and global equity funding sources will remain for borrowers who can successfully forward sell and have solid track records / market relationships, especially with larger schemes.  Banks will look more carefully at the depth and quality of the equity funding as well as the specifics of the deal.  It was argued that equity prominent deals would also mean that developers may end up being more thoughtful and less speculatively influenced about their projects.  “When debt is plentiful and will chase any product, you will create some of the wrong buildings.  So I am pretty positive about the environment we are in,” commented Bill Hughes of Legal & General.

Reflecting on the growth of the property markets outside of London (as discussed in part one of this series of blog posts and throughout much of the event), Bill Hughes also said: “we are trying to invest in places that are less congested with capital.  London represents a tremendous investment opportunity, but that tends to be where international capital will go.  If you are a UK investor, proportionally speaking, those regional cities are less congested and underdeveloped.

Providing some positive light to the Brexit decision, removing the unpredictable nature of the Official Journal of the European Union (OJEU) regime and associated EU investment regulations such as Basel IV and PRIIPS may have the potential to reduce tax and regulation whilst creating opportunity for business outside of the EU.  It is hoped that the removal of “Brussels red tape” will also create a more cohesive relationships between the domestic public and private sectors.  However, for such outcomes to be successful, Chancellor Philip Hammond must reset medium term fiscal expectations.  Central government tinkering alone will not work and, above all, lenders do not like uncertainty.

Dan Batterton, fund manager at Legal & General started the discussion by reporting that some £600 million is earmarked for investment in the Build to Rent sector (approximately 50% of which is already deployed).  With Greystar´s development director Michaela Hancock also confirming the company´s expectation to deliver over 10,000 units over the next four years, institutionally backed Build to Rent schemes continues to cement their role in the national development space.

Nonetheless, the sense of cautious optimism amongst the panel was evident given the unestablished nature of the sector and its unique business model.  Particularly from an underwriting perspective, with returns spread over the longer term (some projections are stretching out to 40 years), a much wider macro-based analysis is necessary in addition to the standard due diligence processes on both the project and development team(s).  Nonetheless, the fundamentals of purchasing property with income streams correlated to wage growth in targeted areas with strong capital appreciation prospects still is an attractive proposition to long-term investors.

From a practical perspective, creating environments where residents will live, work and play was highlighted – drawing reference to the Collective in North West London and the idea of BTR´s role in transitory accommodation (between university and working life, for example).  It was also interesting to hear about the disruptive technologies emerging into the rental sector such as a the “Click to Rent” concept – incorporating virtual / augmented reality, CGIs and drone technology –  as well as the role of big data in streamlining the move-in / move-out processes.

Whilst customer services and occupational security will be critical to the success of the schemes, it was stated by established landlord Bruce Richie that renters cannot be homogenised and many are not interested in long-term commitments.  The need to have clearer exit routes was also emphasised. The ability to convert into other tenures, particularly where heavy amounts of capital area involved, is not always an option given the highly bespoke nature of the projects.

As outlined in my previous blog post on the topic, BTR developers will still face the same industry-led constraints such as cost inflation, qualified labour shortages and other speculative uncertainties.  EIG analysis in October, for example, pointed to PRS new build developments marketed around the UK at rental premiums ranging at between 8 and 47% above the local average as developers struggle to make schemes financially viable.  Notable examples of considerably higher rents include the Archway Vantage Point (Essential Living), East Village Stratford (Get Living / Delancey), Newlson Road (Red Door / Newham Council) and Fizzy Lewisham.  Interestingly however, the Velocity Village in Sheffield (Addington) and the Greengate, Manchester (Lasalle Investment Management) schemes both offered rents for one and two bedroom units at between 5 and 16% lower than market standards.  The model recently came under fire for not being a “genuine” housing solution that, according to Kate Davies, chief executive of Notting Hill Housing Association represents an example of “very expensive temporary housing” that young people are settling for as it´s their only option.  BTRs conflict with the British public´s steadfast desire to be a nation of homeowners was also raised.  Michael Howard, managing director at block management company Urban Bubble, thoughts on this question were that renting has become stigmatised and, as is seen in some European countries, is becoming more of a cultural phenomenon that young people actually desire. He also reasoned that BTR´s underlying objective should be to create options, not eliminate homeownership aspirations.

While Local Authorities are naturally concerned about local dynamics and the effects of such schemes on their Boroughs, many still do not understand the economic fundamentals of the model.  For instance, BTR developments are income generating and do not make development profits so will have the challenge of paying s.106 contributions.  Greystar´s Michela Hancock also highlighted that the London Design Standards are mainly directed towards build to sell models and place constraints on the efficient use of space in BTR schemes, calling for a happy compromise such as an allowance for smaller units so that larger and more flexible communal areas can be created.  Related to this, Michael Howard also underlined the importance of planners carefully considering block management at the project analysis stage.